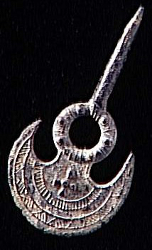 A little bit of history

Lead – relatively abundant inside the earth’s crust – is one of the oldest known and molded metals. It has been found in pigments covering tombs or in prehistorical remains (40000 B.C.), but also in objects.

Despite its high toxicity, and probably thanks to its easy extraction, high malleability and low melting point, it was frequently used in the Bronze Age, hardened by antimony and arsenic found on the same mining sites. It is mentioned in the Sumerian cuneiform writings about 5000 years ago, or in the Exodus, written about 2500 years ago. Through the ages, many writings relate its presence in objects or throughout the cultures. The Sumerians, Egyptians, Greeks, Hebrews or Romans knew how to extract it. They used it to color and enamel ceramics, ballast hooks, seal amphoras, make cosmetics, kohl or common objects (from 4000 to 2000 B.C.). Lead pipes were also found on ancient Roman sites.

In the Middle Ages, alchemists believed that lead was the oldest (and coldest) metal and connected it to the Saturn planet. That is why lead poisoning is called saturnism*.

It is used in multiple areas : 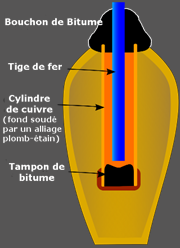 The first electric battery…
2200 years ago

In the 1930s, the Austrian archaeologist Wilhelm König discovered in the basement of the archaeological museum of Baghdad a 15cm high pottery, for a diameter of about 7.5cm. Wilhelm König thought that this pottery dated back to the time of the Parthian Empire (247 B.C. – 224 AD). However, according to the doctor St. John Simpson from the department of Ancient Near-East in the British Museum, the vase rather dates back to the Sassanian era (224-651). Several others have been discovered in the ruins of Khujut Rabu near Baghdad, and ten others in Ctesiphon.

The device was closed with a bitumen cork. Under the cork was placed an iron rod surrounded by a copper cylinder. Those two elements are isolated at the bottom by a bitumen plug. The cylinder is soldered to the bottom by a lead and tin alloy. The elements for this ancient “battery” to work are the connection wires and acid for the reaction. Such a battery can work with fruit juice instead of acid (fruit juice generally contains acid) or salt water. Depending on the tests performed on reconstructions, researchers got voltage from 0.5 to 1 volt. Nevertheless, we don’t know the intensity that can be delivered by such a battery.

However, archaeologists still don’t agree on the real use of the object: even if several experiments proved that it could deliver an electric current, the poor return, as well as some details (absence of electrical wire/connection points, the airtight closing mechanism of the vase, the level of knowledge at that time), would be unfavorable arguments to the use of the object as a battery. 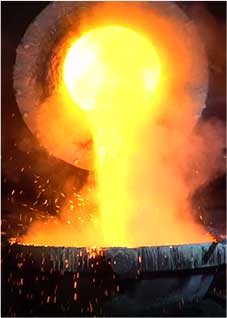 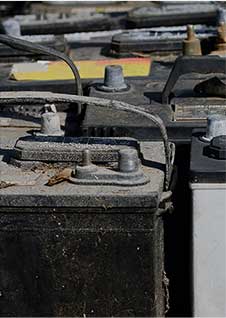 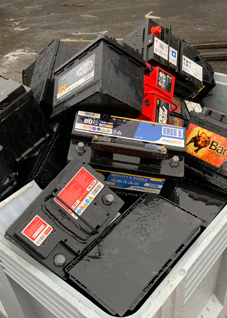 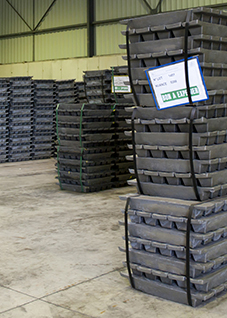 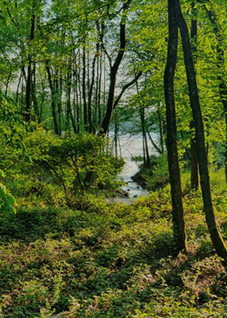